The Indian team has been doing well in the Asia Cup 2022 so far. They defeated Pakistan and Hong Kong in the Group stages to make it to the Super Four stage. However, the Men in Blue did not have the best start to the round as they lost the first match against Pakistan in a nail-biting thriller. The Green Brigade snatched a five-wicket victory in the last over of the game.

The main reason for India’s defeat was the changes in the playing lineup due to Ravindra Jadeja’s injury. However, that did not turn out to be the best move for the team. To get the best results in the do-or-die game against Sri Lanka, India will need to make a few changes to their playing XI. Here is a look at the changes the Indian team should make against Sri Lanka.

Deepak Hooda has been roaring on the international scene in the past few months. His ability to bat at any position in the playing XI has impressed everyone. In the last match against Pakistan, he had a short stay of 16 runs in 14 balls and could not do much for the team. 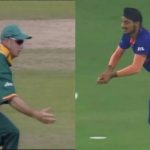 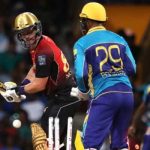