Since the inception of the internet and social media, many things have gone uncensored and limitless including the wars of words between celebrities. A similar happened between star Indian cricketer Rishabh Pant and Bollywood actress Urvashi Rautela a few days back. They both involved in controversy following an interview with Rautela on Bollywood Hungama.

Apart from this, there is a new entry from nowhere into this controversy, another Bollywood actor KRK. He reacted to the controversy and slammed Rishabh Pant for being rude to Urvashi Rautela. Kamal Rashid Khan, who is usually known for his controversial statements has come up with another one through his recent YouTube video.

KRK preached a lesson of etiquettes to Rishabh Pant

Taking a dig at Rishabh Pant, KRK went on to preach to him about what he did in the last couple of days while responding to Rautela.

Earlier, it all started when Urvashi Rautela mentioned Rishabh Pant without mentioning his name in an interview. She said that Mr. RP (indicating to Rishabh Pant) used to wait for her in the hotel lobby for hours and called multiple times.

Later on, Rishabh replied through a cryptic Instagram story “It’s funny how people lie in interviews just for some meager popularity and for hitting the headlines. Sad how some people are so thirsty for fame and name. May God bless them “merapichachorhoBehen #Jhutkibhilimithotihai.” 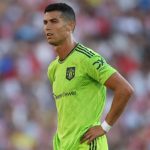