Australian cricket team’s chief selector Trevor Hohns has reportedly stepped down from his post just months before the T20 World Cup and Ashes. As per a report in The Age, Hohns, who has served as the head selector for a combined 16 years across two stints, handed his resignation to Cricket Australia (CA). Hohns contract was set to expire in February 2020 which was later extended till August this year.

The contract was likely to be extended for a further few months but Hohns informed CA that he is not interested in continuing further. Hohns was Australia selector during the 1999 and 2003 World Cup triumphs, as well as three successful Ashes defences and Australia’s famous win in India in 2004. He was also in charge during Australia’s record 16 consecutive Test wins. He stepped down from his post after losing the Ashes in 2005, before returning to the panel in 2014 and reclaiming the top position in 2016.

The report further states that former Australia player George Bailey, who is now a member of the selection panel, will take over the role from Hohns. It is still not clear when Hohns will step aside with Australia set to play five match T20I series against Bangladesh. The next assignment for the selection panel will be to finalise the squad for the T20 World Cup in UAE and Oman in October – November.

Following the Bangladesh series and T20 World Cup, Australia will return home for a historic Test against Afghanistan in Hobart in November. They then lock horns with England in Ashes before playing a limited-overs series against New Zealand. Australia play Sri Lanka in Jan-Feb next year after which they will make their first visit to Pakistan in almost 24 years. 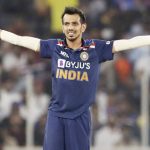 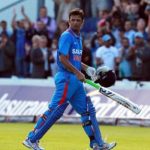