Despite the chaotic situation of COVID-19 in India, BCCI went ahead with the IPL. They were very confident of their secure bubble and assured that the players are completely safe inside the bubble. However, COVID-19 breached the bio bubble and infected several players and support staff. Consequently, the BCCI was forced to indefinitely suspend the IPL.

BCCI President Sourav Ganguly now has said that travelling from one city to another might have let in the virus inside the bubble. He said that last year when the tournament was played in UAE, the matches were restricted to three venues and there was no air travel involved. However, since teams travelled from one city to another in the current edition, the virus might have sneaked in.

“I really don’t know what led to this situation inside the bio-security bubble. We will have to do a post-mortem and look into the reasons behind this. But travelling could have been an issue. Last year in the UAE, everything was restricted to three venues and within a limited area. There was no air travel involved. Here, we had six different venues,” Sourav Ganguly said in an interaction with The Telegraph

The former Indian skipper also raised his concerns on the problematic situation of Coronavirus in India.

“You also have to look at the situation around the country. The way the number of people are getting affected on a daily basis is total madness. No one knows what is going to happen tomorrow. Things have gone out of control for everyone.”

The BCCI is now looking at the September window to finish the remaining matches of IPL. Ganguly said that the BCCI will have a word with ICC and other boards to check if they can finish the tournament before the T20 World Cup. He also added that BCCI will suffer huge financial losses if the IPL doesn’t get completed this year.

“There has got to be a lot of shuffling. Only a day has passed since we suspended the IPL. We have to speak to other boards and see if a window can be made available before the T20 World Cup… Lot of things are involved, and we will slowly start working on them.” Sourav Ganguly said.

“If we fail to complete the IPL, the loss will be close to Rs 2,500 crore. That is going by early estimates.” Ganguly said. 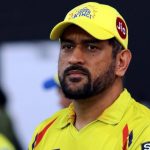 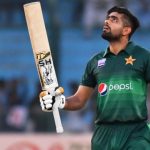