On 7 August 2022, India took on West Indies in the last T20I match of the series in Florida. Coming to this encounter, India had already wrapped up the series after having taken a lead of 3-1 on 6th August. Hence, the regular skipper Rohit Sharma opted to rest for the final game. Hardik Pandya, thus, got the chance to lead the side.

Both the teams made some changes to check their bench strength ahead of the ICC T20 World Cup 2022. Speaking of the match, India won the toss and opted to bat first. Surprisingly, Ishan Kishan and Shreyas Iyer came out to open the innings for India. Both the openers started well before Ishan Kishan got out for 11 runs. Shreyas Iyer scored a crucial fifty as he got out for 64 runs off 40 balls.

Other batters chipped in with some contributions. Deepak Hooda also played a handy knock of 38 runs off 25 balls. However, India stutter in the final stages of the innings and ended with a score of 188 runs in 20 overs. Odean Smith took three wickets for West Indies. In reply, the West Indies batter looked completely lost from the start.

Jason Holder came out to open the innings. But, he scored a duck before losing his wicket to Axar Patel. In the third ball of the first over, Holder got out off Axar Patel. Then, other batters failed to stitch a solid partnership while chasing the target of 189 runs.

Only Shimron Hetmyer showed some fight with 56 off 35 balls, including five boundaries and four sixes. Along with Axar, Kuldeep Yadav and Ravi Bishnoi were in great form as the three spinners combined to pick all 10 West Indies wickets. Ravi Bishnoi took four wickets in 2.4 overs, by conceding only 16 runs. West Indies managed to score only 100 runs in 15.4 overs and India won the match by 88 runs and take the series with a scoreline of 4-1.

Here is how fans have reacted to this thrashing victory by India against West Indies:

Biggest margin of win by runs for IND in men's T20I:

Most games won vs Opposition in men's T20I:

First time ever in T20 Internationals that spinners have taken all 10 wickets in an innings.

Another time Windies throw his wickets against India in 5th T20, Spin bowlers taken all wickets, Bishnoi 4 and Axar Kuldeep 3-3, India win the match by 88 runs and also win the series with 4-1 🏆

In 2022 West Indies has beaten India in just one match out of 14 internationals in men’s #cricket thus far! What a change from the good old days #CricketTwitter #WIvInd 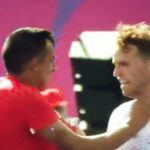 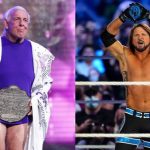