India’s Sumit Antil shattered records en route to a historic gold in Jevelin throw event in the ongoing Tokyo Paralympics. Sumit claimed a podium finish after setting a new world record at 68.55m. He covered a distance of 66.95 in his first attempt to set a new world record before bettering it in the second throw. In the fifth throw, he again set a new world record at 68.55m. Another Indian in the fray, Sandeep Chaudhary finished fourth with a best throw of 62.20m. Australian Michal Burian made a throw of 66.29m to claim Silver while Sri Lanka’s Dulan Kodithuwakku settled for a bronze.

Antil’s first throw of 66.95 put him in the lead. He then recorded a throw of 68.08 in his second throw, another world record. His third and fourth throws were 65.27 and 66.71 but by then he had already sealed the gold for India. Then in the final attempt, he threw 68.55, to set a new world record for the third time in the day.

This was India’s second gold in the ongoing Tokyo Paralympics. Earlier, shooter Avani Lekhara became the first Indian woman to win gold at Olympics. She claimed a podium finish after finishing at the top in the 10m Air Rifle

Another Gold for India! Sumit Antil breaking the world record thrice in the men's javelin F64! Absolutely astonishing display of strength to cap off an excellent day for India in the #Tokyo2020 Paralympics! Take a bow young man! #Praise4Para 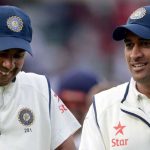 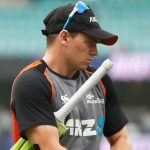