The Tokyo Olympics is all set to get underway from July 23. Ahead of the marquee event, Master Blaster Sachin Tendulkar extended his wishes to the Indian contingent. Tendulkar said that COVID-19 took a toll on normal lives but the Indian athletes, despite all the challenges, kept on putting in the hard work. Tendulkar further urged fellow countrymen to support the Indian athletes.

“During the pandemic, all of us faced challenges including our athletes,” Tendulkar said in a video posted on his Twitter account. “They did not give up, they kept on preparing to the best of their ability and I know they are geared up to give their best performances at Tokyo Olympics. All our athletes have worked really hard, right now, they need our support and good wishes. Let’s cheer for India.”

We all get goosebumps when we see the tricolour 🇮🇳 being represented!

This Olympics, it shall be no different and we’ll all be cheering loudly from India as you make us proud.#Cheer4India pic.twitter.com/OFVu8Vae8E

“The flagbearers for the Indian contingent of Tokyo 2020 for the opening ceremony on July 23rd are Mary Kom and Manpreet Singh” IOA President Narinder Batra said in an official letter.

“The flagbearer of the contingent at the closing ceremony on August 8 will be Bajrang Punia,” the letter further said.

As many as 126 athletes will be representing India in Tokyo Olympics. Of the 201 member contingent, 56 per cent are men while the rest are women. The Indians will compete in around 85 competitions. 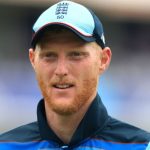 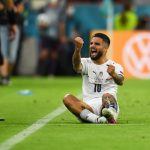