India sent its biggest contingent to Tokyo and the athletes have stepped up to the occasion big time. With 1 Gold, 2 Silver and 4 Bronze, this is India’s best performance in the history of Olympics. Earlier today, India’s Neeraj Chopra made the country proud by winning gold in the Javelin throw event, India’s first Olympic medal in athletics in over 100 years.

Meanwhile, the Board of Cricket Control in India (BCCI) have announced rewards for the medal winning athletes in Tokyo. BCCI secretary Jay Shah took to Twitter to announce prize money for the winners. Gold Medallist Neeraj Chopra will get a whopping INR 1 crore while silver medal winners Mirabai Chanu and Ravi Kumar Dahiya will receive INR 50 lakh each. Bronze medal winners PV Sindhu, Boxer Lovlina Borgohain and wrestler Bajrang Punia have been rewarded with 25 lakh each.

The Olympics is best for India in many ways as the Men’s Hockey Team delivered an exceptional performance to win a medal. The Hockey team defeated Germany to win bronze. The team will receive a sum of 1.25 Crores.

While India’s women hockey team did not win a medal as they lost to Great Britain in the bronze medal match, they were applauded for their efforts in the event. This was the best performance from the women’s team in Olympics. The team reached the top four after defeating Australia in the quarter-final but lost to Argentina in the semi-final. 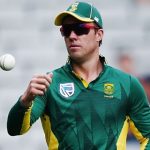 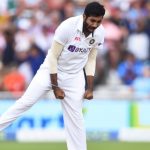