Australia Test skipper Tim Paine is all set to undergo surgery to fix a pinched nerve in his neck. Paine was experiencing pain in his neck and arm due to a bulging disc which hampered his training. After consultation with a spinal surgeon, Paine decided to undergo surgery to fix the issue. The surgery comes ahead of the Ashes but the skipper is confident of regaining full fitness before the marquee series.

“The consensus of the spinal surgeon and the CA medical team was to have the surgery now which will allow plenty of time to fully prepare for the summer,” Paine said in a statement.

“I expect to be able to restart physical activity by the end of this month and be back in full training in October. I will be ready to go by the first test and am very much looking forward to what will be a huge summer.”

The medical staff is optimistic that Paine can resume light training by the end of September and will be able to up his training intensity by October. This will give Paine plenty of time to prepare himself for the Ashes which gets underway later this year.

Meanwhile, as per reports, Tim Paine, 36 is all set to draw curtains on his Test career after the Ashes. The wicket-keeper took over the leadership reins after Steve Smith was banned for a year due to his involvement in the Sandpapergate Saga against South Africa in 2018.

Australia have had mixed results under Paine’s leadership, having won home series against Pakistan, New Zealand and Sri Lanka but losing to India twice. Australia also managed to draw the 2019 Ashes in England 2-2. 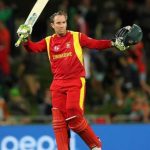 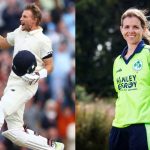