Ollie Robinson’s cricket career was left in shambles when his old racist and sexist tweets went viral on social media soon after he made his Test debut against New Zealand. The pacer was dropped from England’s squad for the second Test and was suspended from all forms of cricket. The ban, however, was revoked after reconsideration and Robinson was included in England squad for the India series. Reflecting on the outrage on social media and the following developments, Robinson revealed he was sure that his England career was over after the controversy.

“I definitely had doubts over my career. “There was a time when I was speaking with my lawyers and, we were looking at the fact I could be banned for a couple of years and never play for England again. In a couple of years, I’d have turned 30 and, someone else might have come in and taken my spot. So yes, I had doubts over my career. I thought I might never play for England again,” Robinson said in a press conference post the end of Day 3

Talking about his tweets, for which he had already apologised, Robinson admitted he made a lot of mistakes but emphasized that he has evolved as a person over the last decade.

“But I’ve learned a lot. I have grown as a person in that time. I’ve tried to develop myself as a person in the last ten years. I am a father now, as well, and I have just tried to make myself the best person I can be. I hope people will be able to see that.”

The Sussex pacer was the star of England bowling and accounted for five Indian wickets, helping England claw back in the 1st Test. Meanwhile, India still are in a commanding position with a lead of 95 runs in the first innings. England trail by 70 runs and will need a herculean effort to emerge victorious from here. 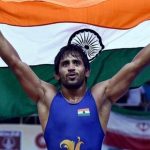 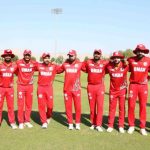