India bowling coach Bharat Arun has reflected on team India’s performance in the 20-20 World Cup. The team started their campaign with a crushing 10 wicket loss against Pakistan before losing to New Zealand in a must-win game. Their fate in the tournament will now be decided by the result of Afghanistan versus New Zealand game. If the Nabi-led side can upset New Zealand, India’s chances of progressing to the semis will take a massive spike.

Arun opined that conditions have played a big role in the tournament, citing that India had to defend in both losses, which was not easy given the dew around. “I am not trying to give any excuses but this World Cup, the trend has been that the team which wins the toss has a big advantage especially when you are playing in Dubai. The wicket eases out when you bowl the second time, it is no excuse, we should have done better, we should have batted better. In the first game, we had the chance to defend our total but we looked a little below-par, Sports NDTV quoted Arun.

The tournament will be the final assignment of Arun with team India. Head coach Ravi Shastri and his allies will step down after the showpiece event. Speaking on his term with team India, Arun said it was a remarkable journey, adding that overseas success was the highest point of his career.

“I think it has been a great and outstanding journey for me, there have been ups and downs but I think the team is in a much better position than it was when we started. Pretty happy about it, the highest point would be the kind of bowling we have, we strived hard to achieve success overseas as a team and we went about achieving that. The highest point would be two back-to-back series wins in Australia.”

More or less winning the series in England, there is one more Test to go, the performance of the team during this English series was outstanding. Actually, it took us a little while, it is a combination of strength and conditioning, the physiotherapy and the bowling department all coming together to create this type of bowling unit. India can always boast of good fast bowlers but the workload management in place ensured that the fast bowlers remained fresh and that we could even rotate,” he added. 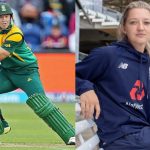 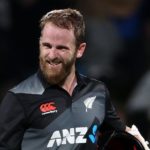