Veteran Pakistan all-rounder Shahid Afridi has questioned the ICC about a rule that bars the umpires from holding the bowler’s cap. Afridi took to twitter and asked ICC that if the umpires can shake hands, why can’t they hold the bowler’s items. He said they live in the same bio bubble as management and cricketers. Afridi certainly has a valid point.

“Dear @ICC wondering why the umpires are not allowed to hold bowlers cap even though they are in the same bubble as the players/management and even shake hands at the end of the game” he tweeted.

Post the coronavirus pandemic, several rules are kept in place to minimize the risk of transmission of the virus. Earlier, the use of saliva for shining the ball was also prohibited by the ICC.
. The swashbuckling batsman is a part of the Multan Sultan in the 2021 edition of the Pakistan Super League. Multan Sultan have had a horrendous start to the tournament as they’ve lost both their matches. In the first match against Islamabad United, Afridi was dismissed for a first-ball duck but he had a decent game with the ball and returned with figures of 2-24 in 4 overs. His next match against Peshawar Zalmi. Afridi didn’t get an opportunity to bat and had an off day with the ball as well. He gave away 38 runs in his 4 overs and failed to pick up a single wicket. 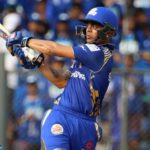 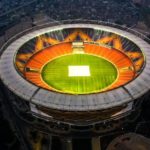