The England team has had contrasting fortunes in back to back Test matches at the same venue. After scoring 578 runs in the first innings of the first Test, England’s final scores have been 178, 134 and 164. After getting beaten by the Indian team by a record margin of 317 runs, England captain decided to take the high road by not blaming it on the pitch.

Since day one of the second Test, many cricket experts and former players have criticized the pitch for being too friendly for spinners. However, Indian batsmen seemed to have faced issues but still managed to score runs on the pitch. Upon being asked about the wicket , Root termed the pitch as ‘challenging’ and also praised the way in which the Indian team handled the conditions.

“I would say it was a challenging wicket. The toss was an important one to win. But it wouldn’t have guaranteed a victory. The fact is that India showed you can score runs on it. They found a way of managing a very tricky surface,” said Joe Root in the post match press conference.

Root further backed his team to learn from their mistakes in the second Test and improve. He also pointed out that the English players are not used to playing on pitches which offer this much turn.

“You’ve got to learn from that. We’ve got to take bits from it, add it to our own game and come back better. They (conditions) are very different to what a lot of our guys have experienced before,” Root added.

India and England will play the third Test at the Sardar Patel Stadium in Ahmedabad. The match will start on February 24 and will be a day-night affair to be played with a pink ball. This will also be only the second time that a pink-ball game will be played in India. 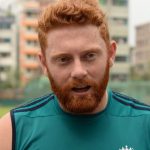 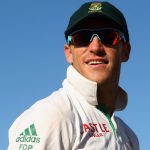