India nearly ticked all the boxes in the second Test match at Lords to win an epic match against England. However, Virat Kohli once again fail to score something substantial with the bat. Going into the third Test, the team will be hoping that their skipper ends his century drought in Headingley.  Virat Kohli too is leaving no stone unturned to prepare himself for the third Test.

The right-hand batter shared a video of him sweating out in the gym and gave a fitting caption to the post. “There’s literally no substitute to hard work,” Kohli tweeted.

Kohli scored 42 and 20 in the Lords Test but looked far from his fluent best. Meanwhile, vice-captain Ajinkya Rahane got among runs and scored an invaluable 61 runs to help India set a challenging target for England in the fourth innings. Rahane and Pujara have been under the scanners of experts due to their poor form. The Indian vice-captain opined that he is not bothered by criticism about the form of him and Pujara.

“I am happy people are talking about me, I always believe people talk about important people. I am not too concerned about that, it is all about contribution for the team. Cheteshwar and I have been playing for long, we know how to handle pressure and certain situations.”

“We are not concerned about them, we are focusing on the team. We just want to contribute for the side, whatever we cannot control, we are not thinking about that,” said Rahane told to The Indian Express.

Rahane concluded by saying that the team has moved on from their fantastic win at Lords and is focussing on challenges ahead.

“We are taking it one match at a time, win or lose, it is important to stay in the present. We are confident about our unit, we have been playing some good cricket and, it is about staying in the moment and focusing on the next match,” he added. 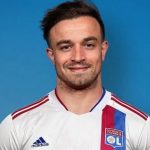 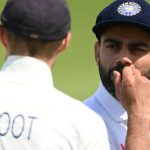