Rishabh Pant faced yet another setback with the bat as he was dismissed for a duck going after a delivery which he could have left it alone. In the middle of Kagiso Rabada’s brilliant spell of bowling, India lost three quick wickets after all the hard work put in by the experienced duo of Rahane and Pujara. The last recognized batter, Pant had to make sure that India stitched a partnership rather than going for the runs.

Pant has been short of runs in the last few Tests and there has been criticism over his mode of dismissals especially. His intent to go after the bowling had worked earlier in Australia and in India but has started to backfire at the moment. Former Indian batter Sunil Gavaskar was furious to see the Indian wicket-keeper throwing away his wicket.

Gavaskar was not happy with Pant’s dismissal and slammed him for not showing any kind of responsibility. He referred to the duo of Rahane and Pujara in how they had to come out of their natural instinct and make important runs. Rahane top-scored for India in the second innings with 58 while Pujara made a fine 53 as well.

“No excuses for that shot. Absolutely no-nonsense about his natural game about this one. There has to be some sense of responsibility. Guys like Rahane have taken the blows. Guys like Pujara have taken it on their body, so you also fight it out,” The Legendary batter criticized the 24-year-old from the commentator’s box

Meanwhile, India have set a target of 240 for South Africa to win the second Test and level the series. Hanuma Vihari’s unbeaten 40 and Shardul Thakur’s quickfire 28 helped India to extend the lead while Lungi Ngidi starred with the ball picking up three wickets. 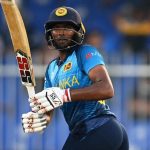