South Africa limited-overs skipper Temba Bavuma admitted that Pakistan pushed his team to its limits during the first ODI in Centurion on Friday. The two teams played out a very close match, in which the visiting Pakistan team prevailed eventually. With that, the visitors also took a 1-0 lead in the three-match ODI series.

After the match, Proteas skipper Bavuma pondered upon the bad start with the bat during his team’s innings. South Africa lost four early wickets, only to recover with a maiden century by Rassie van der Dussen. Bavuma made only one run during his debut as a full-time ODI skipper of the South Africa team.

Bavuma further went on to credit his Pakistan counterpart Babar Azam, whose partnership with Imam-ul-Haq, according to Bavuma took the game away from them. While chasing a tricky target of 274 in Centurion, Babar and Imam compiled 175 runs for the second wicket from as many balls to put Pakistan in the driving seat.

“Not the result we were looking for, but a good game of cricket. We were tested in all departments and tested to our limits. A good start to the series, but we have areas to improve in. I think the batting didn’t help, especially in the first 10 overs. The David-Rassie partnership helped, but it was too much to expect of them. The Imam-Babar stand took it away from us, and we were always on the back foot from then,” Bavuma said during the post-match presentation.

Babar Azam scored his 13th ODI ton while Imam scored a brilliant 70 from 80 balls. Their stand ensured that even after losing late wickets during the chase, Pakistan managed to sneak a victory on the last ball of the innings. The two teams will now play in the second ODI in Johannesburg on April 4th. 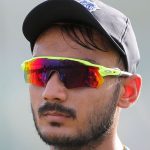 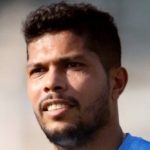