After much hullabaloo, the sixth edition of the Pakistan Super League (PSL) is all set to resume from June 9 in Abu Dhabi. The tournament was earlier scheduled to take place in Karachi but a spike in COVID-19 cases forced the PCB to shift the tournament to UAE. Ahead of the resumption, Pakistan Cricket Board’s (PCB) chief executive Wasim Khan sat down in an interview with Cricbuzz and spoke at lengths on various issues related to the T20 extravaganza.

Khan said that PCB was very clear that if they had to stage the event this year, they have to complete it in the June window as Pakistan have a packed international calendar post June. He added that the decision to shift the tournament to UAE was recommended by National Command and Operation Centre (NCOC) as the COVID-19 situation was really bad in Pakistan.

“We were slightly concerned whether we would find a window. What became apparent was that June was the only time [to complete the PSL]. First, we explored Karachi as an option. But Pakistan was going through a third wave at that time, and the numbers were going up.”

“The NCOC (National Command and Operation Centre) in Pakistan, which is like a health ministry, which provides guidance for COVID-19, guided us. Looking at the state affairs in Karachi and Punjab, they [suggested] if you do have the option of UAE, please do explore it.”

He was further asked about not hiring a professional agency to handle the bio bubble in the first leg of PSL. While Khan accepted that it was a mistake on behalf of the PCB, he asserted that the board had successfully hosted South Africa series and several domestic games thus was very confident of staging a smooth PSL.

PCB would have suffered a massive loss had PSL not been completed this year. However, Khan made it clear that the decision to complete the tournament despite COVID-19 havoc was taken to maintain the credibility of PSL and not because of the financial loss.

“But this was certainly not done for financial reasons, because financially we are actually going to lose out. This was done because we felt that it was important for the credibility of HBL PSL and the country that we complete the competition in the window that we have”. 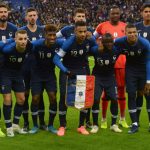