Amidst the speculations of Joe Root and several senior England players pulling out of Ashes, Australia Test skipper Tim Paine has said the series will go ahead with or without Joe Root. The players are mulling over skipping the series due to COVID-19 protocols in Australia.

Cricket Australia (CA) has delivered a proposal to the England Cricket Board (ECB) explaining the restrictions that’ll be in place during the Ashes. However, ECB needs further clarification on some of the points.

Earlier, Joe Root had said it’s very difficult to take a call on Ashes participation unless there is complete clarity over the restrictions that will be in place during the series. At the moment, anyone entering Australia has to undergo two weeks of quarantine.

“The Ashes are going ahead. The first Test is on 8 December – whether Joe is here or not,” said Paine.

Speaking to radio station SEN Hobart, he added: “It’ll be worked out above us and then they’ll have a choice whether to get on that plane or not.

“No-one is forcing any England player to come. That’s the beauty of the world we live in – you have a choice. If you don’t want to come, don’t come.”

Former England cricketer Kevin Pietersen is very clear that England should not go ahead with the Ashes if the series is played under restrictions. “There is NO WAY I would go to The Ashes this winter. ZERO chance!” he tweeted. “Unless the ridiculous quarantine rules were squashed and my family could travel with zero restrictions,” Pietersen had said.

Responding to Pietersen, Paine said the cricketer-turned-expert should leave the decision on the players themselves. “If you want to know anything on any topic in the world, you just ask Kevin Pietersen. He is an expert on everything,” added the captain.

“We have not heard one England player come out and say they will not be coming. I think it’s been beat up and people like Kevin like to get themselves a little bit of exposure in the media.” 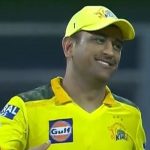