KL Rahul has been appointed the vice-captain of the Indian cricket team, which is on the tour to South Africa. India and South Africa will play the first Test on December 26. While India will walk into this series with confidence after defeating the World Test Champions, South Africa would be a different kind of challenge.

“I think most teams have started playing five bowlers and every team wants to pick up 20 wickets and that’s the only way you can win a Test match. We have used this tactic and it has helped us in away games,” Rahul told.

Indian bowling attack consists of six pacers, including all-rounder Shardul Thakur. Ravichandran Ashwin and Jayant Yadav are the two spinners in the squad. Ravindra Jadeja and Axar Patel, who had a brilliant season, were left out due to injuries.

Apart from picking the five bowlers, India also needs to figure out who might be the number five batter in the playing 11. The tussle is between Ajnikya Rahane, Shreyas Iyer, and Hanuma Vihari. Rahane was removed from the vice-captain position after a dip in his form. Iyer had a solid debut against New Zealand and is the strongest contender among the three.

“It is a very, very difficult decision. Ajinkya has played crucial knocks for India including the one in Melbourne or in Lord’s recently. He has been a key player for us. Shreyas has taken his chances. Hanuma has also done the same for us. We will have a chat about that today or tomorrow,” he added. 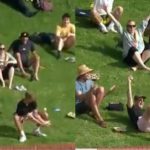 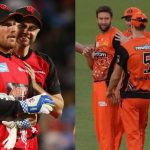