With an aim to fine-tune their skills ahead of the World T20 in India, Pakistan will be crossing swords with 50 overs Champions England in three ODIs and as many T20Is before locking horns will T20 Champions West Indies in five T20Is and two Tests. The Pakistan Cricket Board (PCB) announced the squad for the tours earlier this month and many wondered if they could have waited for the PSL to conclude before selecting the squad. This would have given them the luxury to select the in form players.

Pakistan Head Coach Misbah ul Haq has revealed that the squad was announced earlier due to the logistical challenges. Misbah further said while the performances of some players in PSL is tempting to consider for national selection, their performances at the international level was a major concern. Misbah was referring to Asif Ali and Iftikhar Ahmed, who have failed to make their presence felt at the international level. Both players are in sublime form in the PSL 6.

“Ideally, we could have waited for the PSL but then there are logistical challenges during Covid-19,” ESPN Cricinfo quoted Misbah. “A few of the players’ form is tempting and it appears like we are missing out but the major concern is their international performances. They all have had their chances and were picked up last year for their domestic performances but unfortunately, they couldn’t translate it to the top level. It’s all about international cricket and how they do things here, and we have given them enough chances.

“There is a worry that most of the players are seen collectively out of form other than Babar (Azam) and (Mohammad) Rizwan but it’s just a matter of one good game,” Misbah said. 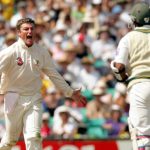 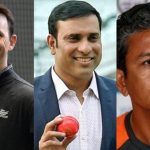