Ace Bangladesh batsman Tamim Iqbal has pulled out of the T20 World Cup, set to be played in UAE. The southpaw said he has not played a lot of cricket in the last couple of years and if he occupies a spot in the squad, it will be unfair to the players waiting for their opportunities. Tamim has only played 3 T20Is for Bangladesh since 2019. The opener, however, revealed that he is not retiring from this format of the game.

“Since I didn’t take part in the last 15-16 T20s, it won’t be fair to come suddenly and take the place of the other who played well in those games,” Tamim was quoted as saying in United News of Bangladesh.

Tamim is one of the veterans of Bangladesh cricket and is only behind Shakib Al Hasan in the list of most runs in T20Is. The southpaw has notched up 1701 runs at an average of 24.65 with one hundred and seven half-centuries in 74 games.

Tamim is also the only Bangladeshi to have scored a hundred in T20I, having achieved the feat during the 2016 T20 World Cup against Oman. In the T20 World Cups, Tamim has scored 514 runs from 23 matches at an average of 24.47.

Bangladesh are yet to find an apt replacement for Tamim at the top and have tried the likes of Mohammad Naim, Soumya Sarkar and Liton Das. All-rounder Mahedi Hasan also opened in one of the matches against Australia. It will be interesting to see which combination Bangladesh opts for in the showpiece event. Bangladesh have 5 T20Is against New Zealand to fix their jigsaw. 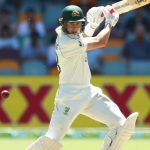 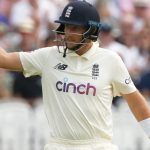