India and Pakistan are set to lock horns in the ICC T20 World Cup on October 24 in Dubai. The contest is much more than a cricket match, with the fans also getting involved. The two teams do not play bilateral series against each other owing to the political tensions and only face in ICC events and Asia Cup. The excitement and the buzz around the match is like no other contest but that’s understandable given the emotional attachment of the fans.

Unfortunately for Pakistan, they have not tasted a lot of success against India in the World Cups, having lost all their 12 games. However, they did beat India in the ICC Champions Trophy final in 2017 which was some sort of revenge, at least for the fans.

Many experts believe that Pakistan have a decent chance of beating India in the upcoming mega event and end their losing streak given their familiarity with the conditions. But India too are well armed to take advantage of the conditions.

Ahead of the iconic battle between the two arch-rivals, former skipper Shahid Afridi predicted the winner of the match. Afridi said that India-Pakistan games are high pressure games and the team that handles pressure better will come out on top. “See, India vs Pakistan is always a high-pressure game. And whichever team handles pressure better will win. Also, whichever teams make the smallest of mistakes has a better chance of winning,” the former Pakistan batsman said on his official YouTube video.

Meanwhile, Pakistan added Shoaib Mailk to their T20 World Cup squad as a replacement for injured Sohaib Maqsood. Speaking about Malik’s inclusion, Afridi said the all-rounder will add value to the side owing to his immense experience in this format. “Good to see Shoaib Malik recalled for the T20 World Cup. As a senior and experienced player he can contribute big time for Pakistan,” he added. 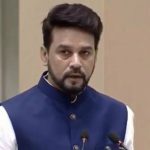