The upcoming ICC T20 World Cup will be held in Oman and UAE from October 17. All the teams are gearing up for it by naming the respective squads. Australia have also named their 15-member team for the global event. The team is placed in Group A alongside England, West Indies, South Africa. The three teams are set to be joined by two more teams from the Qualifiers.

Australia’s current form in the T20I cricket does not augur well, as the team lost two series in West Indies and Bangladesh. Add to that, the team also has not won a T20 title in six editions that have gone by. Glenn Maxwell has a different take altogether and believes Australia can go all the way and win its maiden T20 trophy.

The all-rounder is of the view that the team has enough match-winners and experienced players to perform well during the global event. Maxwell further opined that if one or two players find form, then it would be difficult for the other teams to stop the Australian juggernaut.

“One hundred percent we can win it. I think we’ve got a great squad, and we’ve got a lot of experience in there. If you can get one or two players that are running hot at the start of the tournament, it can be hard to stop. I certainly feel like we’ve got more than enough match-winners in our side to do that,” said Glenn Maxwell as quoted by Cricket.com.au.

Australia’s 15-member squad has quite a few experienced players in the form of David Warner, Pat Cummins, Steve Smith, and Josh Hazlewood. 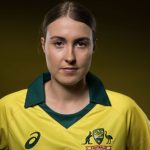 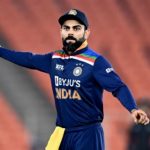