The last day of the Super League stage of T10 League witnessed one-sided matches as the Gladiators, Abu Dhabi and the Bulls managed to register easy wins. All three teams also made it to the playoffs alongside Northern Warriors. Bulls and the Warriors will now face in the Qualifier while the Team Abu Dhabi and Gladiators will face off in the eliminator.

The first match of the day witnessed the Deccan Gladiators locking horns against the Maratha Arabians. After being put in to bat first, the Gladiators posted a total of 120 runs in 10 overs on the back of 35 runs off 16 balls from Prashant Gupta. Anwar Ali’s 39-run cameo off just 12 deliveries also propelled them in the end. In response, Mosaddek Hossain’s unbeaten 44 led the way for the Arabians but lack of support from others led to them ending on just 91 runs eventually losing the game.

In the second game of the day, the Qalandars managed to post 107 runs for the loss of six wickets in 10 overs despite no big contributions from any of the batsmen. However, the score didn’t prove to be enough for them as Evin Lewis and Ravi Bopara launched an assault on the Qalandars. Delhi Bulls easily won the match by nine wickets to seal their place in the top two.

In the third game of the day, Team Abu Dhabi became one of the very few teams to defend the total. Paul Stirling’s unbeaten 64 off just 32 helped them post a mammoth total of 116/3 in 10 overs. Matheesha Pathirana was the best bowler for the Bangla Tigers as he picked two wickets conceding only nine runs. In response, for the Tigers, only Johnson Charles scored 59 runs and apart from Tom Moores, none of the other batsmen could go past the 7-run mark. They could only reach 95/9 losing the game by 21 runs. 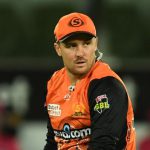 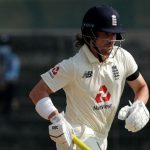