The Super League stage of the Abu Dhabi T10 League got underway on Monday (February 1). A total of six teams were in action on the day. The day started with the game between Pune Devils and Bangla Tigers before Team Abu Dhabi and Northern Warriors locked horns against each other. In the third and final game of the day, Delhi Bulls were up against Deccan Gladiators.

Here is a roundup of day 5 of Abu Dhabi T10 League:

Bangla Tigers beat Pune Devils by eight wickets to return to winning ways. Asked to bat first, Pune Devils scored 115 for 3 in the allotted 10 overs. In-form opener Tom Kohler-Cadmore top-scored for the side, scoring 48 before an unbeaten knock of 41 from Alex Davies helped the Devils cross the 100-run mark. However, the score did not turn out to be a winning one for them as the Tigers chased it down inside 9 overs by losing just two wickets. Tom Moores starred with the bat, scoring an unbeaten 38 off just 12 balls.

In the second game of the day, Northern Warriors thrashed Team Abu Dhabi by eight wickets to register their third consecutive win. Asked to bat first, Team Abu Dhabi posted a competitive total of 123 for 3. Joe Clarke came up with the best effort with the bat for Team Abu Dhabi by scoring an unbeaten 50. However, the target was not enough for Team Abu Dhabi to prevent a third defeat in four games. The Warriors chased down the total on the very last ball of the match to continue their winning run.

In the third and final game of the day, Delhi Bulls beat Deccan Gladiators by eight wickets. Asked to bat first, the Gladiators kept losing wickets at regular intervals and eventually huffed and puffed to 118 for 7 thanks to the 47-run knock from their skipper Kieron Pollard. For the Bulls, Ali Khan starred with the ball, taking two wickets while giving away just 4 runs off his two overs. With the bat, the Bulls rode on the 90-run stand off just 29 balls between their openers Rahmanullah Gurbaz and Evin Lewis to chase down the total in 8.1 overs. 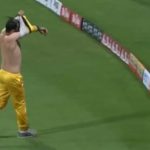 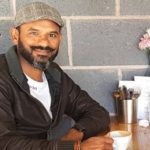