Tamil Nadu Cricket associated has released Indian pacer T Natarajan from their Vijay Hazare trophy squad following a request from the BCCI who wanted the pacer to be fresh for the limited over series against England.

“The BCCI and the Indian team management wanted Natarajan to be fresh for the white ball leg of the series against England. Keeping the Indian team’s interests in mind we said yes,” Tamil Nadu Cricket Association (TNCA) secretary R S Ramasaamy told PTI.

India will kick off the 5 match T-20 series against England on March 12 in Ahmedabad while the 1st ODI between the two teams will be played in Pune on March 23.

Chief selector for the Tamil Nadu cricket, S Vasudevan has confirmed Natarajan’s release from the Vijay Hazare trophy squad. Natarajan created a lot of buzz when he became the first player to make his India debut in all the three formats on the same tour.

He was drafted into the playing XI of the third ODI against Australia in place of Mohammed Shami and impressed everyone with his skills. He then played all of the following three T-20Is. An injury to Jasprit Bumrah allowed Natarajan to make his Test debut in the 4th Test at Brisbane. 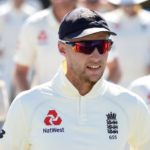