There were days when England were not so good in limited over cricket. They were more focused on playing Test cricket and didn’t took the shorter versions of the game that seriously. However, they suffered utmost humiliation when they were knocked out by Bangladesh in the quarterfinal of the ICC Cricket World Cup in 2015. That was the turning point in England’s fortune in the limited over cricket. The newly appointed skipper Eoin Morgan induced fearless in the English team. He backed players like Jos Buttler, Jonny Bairtsow, Ben Stokes, who are now the spine of this renovated England team. His stature further grew when he took England to their maiden World Cup title in 2019. Today, England are the no 1 team in the ICC T20I rankings and is one of the most fearsome teams going around in world cricket. Morgan has an excellent record as a skipper in T20Is and has won 31 out of 54 matches

Former England spinner, Graeme Swann hailed Morgan for his contribution to England cricket and compared him with India’s Mahendra Singh Dhoni. Swann, while previewing the upcoming India-England T20I series also predicted the probable top performers for England. He said that he expects Morgan to have a good series with the bat. Morgan has an impressive record in T20Is with 229 runs in 93 T20Is at an average of 30-37 and a strike rate of 138.99

“Eoin Morgan is going to have a good series. He’s the leader, he goes in the middle order but it’s more on the field. He is for England, what MS Dhoni used to be for India, is the captain and leader. He’s got a lot of stature in that team and the players play for him. I think the T20 series will depend on how Eoin Morgan goes. If he has a good series with the captaincy and the bat, I think England will be very strong,” said former England spinner Graeme Swann.

Swann further backed Dawid Malan to do well in the series. He added that Malan will enjoy the batting friendly surfaces of India.

“I think Dawid Malan will do well. He is a very good player of spin bowling. He is a very strong player through the off-side as well. The Indian grounds should suit him as the wickets don’t tend to turn too much in T20 cricket. They are good batting wickets for the most part with quick outfields. You should be excited to watch him play as he has been phenomenal over the last couple of years,” said Swann.

Swann revealed that the duo of Adil Rashid and Moeen Ali forms a formidable spin bowling combination while adding that England have all their bases covered. England are ranked no 1 in T20Is and have won 16 of their last 21 matches. They haven’t lost the series since India defeated them in 2018. It’s all set up for a cracker of a series. 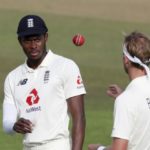 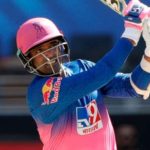