Australia head coach Justin Langer has come under the scanner ever since the India series at home. It has been reported that the players are drained under Langer’s intense and disciplined coaching style. Rather a dressing room incident of Langer denying Marnus Labuschagne to take a toast sandwich on the field was also leaked.

But Gavaskar has now thrown his weight behind Langer and has said that the Australian players are looking like ‘brats’ after the media leak. “The leaks to the media about Langer actually reflects badly on the Australian team as it portrays them as brats who can’t accept they were outplayed and so need to shift the blame elsewhere,” he wrote in his column for Mid-Day.

He also mentioned that the coach has nothing to do with the players not performing on the field and the team has to take the whole responsibility for their recent loss against India. He also said that all the stories about the coach’s intense discipline putting players under pressure are planted by cricketers or their agents to shift the blame elsewhere.

“Stories planted in the media by the players or their agents or managers are making out that it was Langer’s intensity and passion that had the players under pressure and so affected their game. This is utter rubbish as once the players are out on the field, the coach can do nothing and the players themselves have to find the answers to the questions asked by the opposition,” Gavaskar further added. 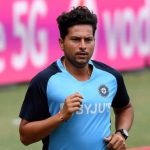 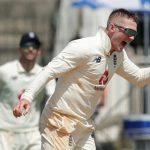