Legendary cricketer Sunil Gavaskar believes India can opt to go in with three spinners against Afghanistan in the 20-20 World Cup game, which is due to take place on Wednesday (November 3) in Abu Dhabi. The former India batter feels either Mohammed Shami or Shardul Thakur can be left out of the side to accommodate one slow bowler.

In both their previous games against Pakistan and New Zealand, India opted to go in with two spinners in Ravindra Jadeja and Varun Chakravarthy along with three pacers. However, the bowling looked off colour. Given the success that spinners have tasted in the tournament, Gavaskar feels it will be wise to play three spinners.

India have options in Ravichandran Ashwin and leg spinner Rahul Chahar, who had shown some decent form in the IPL. Gavaskar was effusive in praise of seasoned campaigner Ashwin and termed him as a ‘top class’ spinner.

“There is no harm in thinking of going with 3 spinners also. And maybe not have somebody like Shardul Thakur or Mohammed Shami. Go in with 2 seamers and 3 spinners because if Hardik can come in and 2 overs of medium pace, you will still have 3 medium pacers in the team. A top-class spinner like R Ashwin, it doesn’t make any difference whether he is bowling to a right-hander or a left-hander,” said Gavaskar in a chat with India Today.

Gavaskar further opined that India can drop Varun Chakravarthy from the match as Afghanistan may not find it too hard to read him owing to the number of mystery spinners they have in the arsenal. “Having a look at the number of mystery spinners that Afghanistan themselves have, look at someone like Mujeeb and some of the others who they don’t play in the XI, they have a plethora of all these mystery spinners. So it might be easy for them to pick someone like Varun Chakravarthy. So definitely, I would look at someone like R Ashwin. If at all, they are looking for someone who will slow the pace down, they can look at Rahul Chahar,” concluded Sunil Gavaskar.

Meanwhile, India will need to register a win against Afghanistan to keep their hopes alive for the semi-finals. 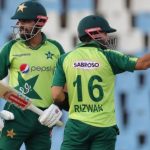 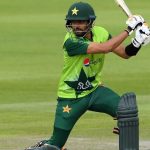