From making his debut as a spinner to becoming one of the greatest batsmen of all time, Australian batter Steve Smith has come a long way. What Steve Smith has achieved in his career is truly remarkable. Irrespective of the conditions, Smith has dominated the world’s best bowlers on most occasions.

In a recent Q/A session on the picture-sharing website, Smith was asked to name the current most dominating bowler and Smith had no hesitation in taking the names of India’s Jasprit Bumrah, England’s James Anderson, South Africa’s Kagiso Rabada, and his countryman Pat Cummins.

According to Smith, the pace bowling quartet is the best in current era. Anderson has aged like a fine wine and has played a pivotal role in England’s success in Test cricket. He recently went past Anil Kumble’s tally of 619 wickets to become the third-highest wicket-taker in the history of Test cricket.

Meanwhile, Jasprit Bumrah is also one of the toughest to face, in any condition and any format. Bumrah, who is currently playing against England, took nine wickets in the match to put India on the top. Rabada also has been phenomenal for South Africa and has plenty in his arsenal to trouble the best batters. Cummins too has grown as the leader of the Australian attack.

Meanwhile, Smith has been out of action for a while now due to his elbow injury. He is keen to recover before the T20 World Cup in UAE thus may give the second leg of IPL a skip. 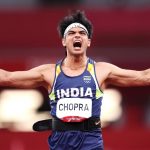 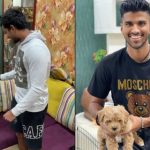