Former Australian skipper Michael Clark believes that Steve Smith will not travel to India for the IPL 2021 after getting picked for a relatively low price of 2.2 crores. Clarke said Smith won’t give 11 weeks with family for just 2.2 crores. He further added that he’s surprised that a player of Smith’s calibre couldn’t get a bigger deal.

“For someone like Smith, who’s on a good contract with Cricket Australia, for him to go away on an eight-week tour or he’s probably gonna be there for nine weeks and then you gotta do two weeks of quarantine when you get back, so call it 11 weeks. I don’t think he’s gonna give up 11 weeks away from his family and his partner for 380,000 AUD (Rs 2.2 crore),”

Clarke was also shocked that Australia’s T20 skipper didn’t get an IPL contract.

“I cannot believe Finchy hasn’t been picked up. Even for Finchy, that’s got to hurt as the Australian T20 captain. I think he’s still, definitely at the top of the order, one of the best in the world,” Clarke said on Sky Sports’ Big Sports Breakfast.

Both Smith and Finch didn’t have the best of IPL 2020 yet, it was expected that the destructive duo will earn big  contracts. Fellow countrymen, Glenn Maxwell, who too wasn’t at his best in the last season earned an IPL contract of a whopping 14.25 crores. Another Australian Jhye Richardson was sold to Punjab Kings for 14 crores. 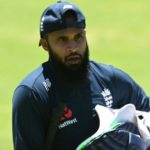 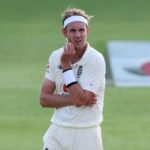