The trouble around India’s tour of Sri Lanka has been increasing ever since the team’s batting coach Grant Flower and data analyst GT Niroshan tested positive.

In a recent development, the tour itinerary has been changed and the series is now scheduled to start from July 18, with the first ODI, while the remaining two games will be played on July 20 and 23. The two teams will then head into the three-match T20I series, which will go on between June 25 to 29.

Notably, Sri Lanka suffered back-to-back clean sweeps against England recently and even a team full of first-choice players has not been able to deliver in the recent past. With the rising number of Covid-19 cases, Sri Lanka is expected to keep a backup team for the series against India.

Opening up on the same, former Indian cricketer Aakash Chopra said that Sri Lanka’s first-choice team is weak already, and if they field a second-string team, it will become a no-contest.

“Sri Lanka also had two teams ready. One is in isolation, which has come back from England and the other one was practicing in Dambulla. But just think about it, Sri Lanka’s first side is already fairly weak,” he said.

“In such a scenario, if their second-string side was made to play, it would not have been a contest. A bilateral series anyway does not have context and if you remove contest as well, what will be the fun,” he concluded. 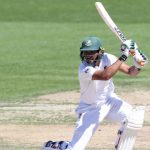 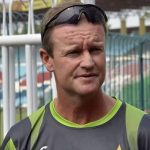