Sign the contract or get ready to be dropped from the Sri Lanka squad against India- Sri Lanka Cricket (SLC) have given the ultimatum to its players on the pay dispute. The players have been offered 36 hours to sign national contracts. For the unversed, the players refused to sign the new central contracts which saw their salaries slashed up to 40%.

The players, however, didn’t go on strike and signed the temporary contracts for the England tour. The tour turned out to be a disaster for the Islanders as they failed to win even a single match. The SLC want the dispute to resolve before the India series and have mandated the players to sign the contracts by July 8.

Also read: England vs India : All five Tests to be played in front of full crowd – Sky247 Blog

SLC announced the contracts for 24 cricketers under four categories. Only six of the 24 players were kept in the A category and their annual pay ranges between USD 70,000 to 100,000.

Meanwhile, the India tour of Sri Lanka gets underway from July 13. The tour comprises three ODIs and as many T20Is. With the main Indian players in England, India have sent a white ball specialist squad for Sri Lanka. The team includes the likes of Suryakumar Yadav, Ishan Kishan, Prithvi Shaw, Devdutt Padikkal, Deepak Chahar, Yuzvendra Chahal among others. The team will be coached by veteran Rahul Dravid.

Earlier, former Sri Lanka skipper Arjuna Ranatunga slammed the SLC for agreeing to play a series against a second-string Indian unit terming it as an insult to Sri Lanka. However, Ranatunga got a befitting reply from former India player Aakash Chopra who said the Indian playing XI might be more experienced than the Sri Lanka unit. SLC also released a statement and said the BCCI has sent a strong squad to Sri Lanka. 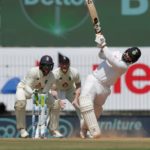 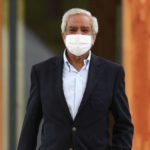