The COVID-19 outbreak across the world has changed things a lot over the last 12 months. Before even the selection, the players are made to go through a number of tests and they also need to be in quarantine before or after flying to a certain country. Sri Lanka are due to tour the West Indies for three T20Is, as many ODIs and a couple of Test matches.

Accordingly, before flying out, all the players who were expected to be picked for the white-ball leg of the tour underwent RT-PCR tests. And one of their pacers, Lahiru Kumara has been tested positive for the virus which is a huge blow for the team from the island nation.

A press release from Sri Lanka Cricket confirmed the development and also stated that Lahiru Kumara has been directed to follow the COVID-19 protocols laid out by the government. He is most likely to miss out on a whole tour now and will have to return two negative tests even to be considered for selection for the Test series.

The three-match T20I series is scheduled to commence on March 3 while the ODIs will be played from March 10. As far as Lahiru Kumara is concerned, he has played 22 Tests, 13 ODIs and 6 T20Is so far for Sri Lanka. He last played in the limited-overs format in March 2020. However, he has been an integral part of the Test team and featured in the series against South Africa in December.

The pace bowler will now be hoping to recover in time for the Test series which is set to start on March 21 before which the visitors will also play a two-day practice match. 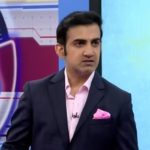 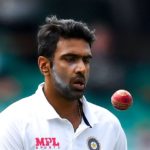