Former South Africa skipper, Faf du Plessis has announced his retirement from Test Cricket, stating that he wanted to finish after the Test series against Australia but with CA postponing the series, it’s best for him to draw curtains on his Test career.

Du Plessis helped Australia pull off a memorable draw in his debut match against Australia at Adelaide. South Africa needed to bat out 4 and a half session to save the match and Du Plessis, playing his first match showed no signs of nervousness and stroked a magnificent 110* to shatter Australia’s hopes for a win. He was awarded the man of the man award for his heroics.

He went on to score 4163 runs in 69 matches at an average of 40.02, with 10 centuries and 21 half centuries in the longest format of the game. He was handed the reigns of South Africa Test team after AB de Villiers stepped down from the post in 2016. He led the Proteas in 36 Tests before quitting the leadership role in January 2020 after South Africa’s 3-1 loss to England at home.

Du Plessis had a decent record as South Africa skipper with 18 wins and 15 losses. He won 17 of the first 27 Tests but with players like AB de Villiers, Hashim Amla, Morne Morkel, Dale Steyn retiring, South Africa went into transition which saw them lose most of their matches.

“My heart is clear and the time is right to walk into a new chapter. It has been an honour to play for my country in all formats of the game, but the time has come for me to retire from Test cricket,” a part of his statement read.

When it comes to limited over cricket, Du Plessis is one of the South African greats. He has played 143 ODIs and 50 T20Is for South Africa and will continue to be avaiable for selection. He’s keen to be the part of the T-20 World Cup scheduled to take place in India later this year.

“The next two years are ICC T20 World Cup  years. Because of this, my focus is shifting to this format and I want to play as much of it as possible around the world so that I can be the best player I can possibly be. I will be in conversation with CSA over the next couple of months on what the future might look like for me over the next year to find a solution that works for both of us,” he further said in a statement. 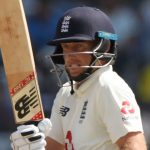 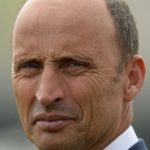