The just-concluded three-match ODI series saw India and England applying a brave and aggressive approach as the two teams entertained the viewers with some power-hitting and were successful in reaching the 300+ runs mark in every game. It seems that the two cricketing superpowers have set a template for other teams to follow in the 50-overs format and South Africa is all set to play with a similar mindset.

South Africa will be up against Pakistan in a home three-match ODI series, starting from April 2 in Centurion. Ahead of the marquee series, SA’s right-handed batsman Aiden Markram opined on the team’s approach saying that the hosts are looking forward to playing the brand of cricket displayed by India and England.

“England and India are two of the best ODI teams in the world. The way they’re going about their business is certainly a way that works and what needs to be done to be up there with the best in the world. It’s a brand of cricket we’ve looked into and discussed this week,” Markram said as quoted by Cricbuzz.

“Conditions can change that, but generally on the Highveld, it is quite good to bat. We’ve spoken about a positive, brave approach. It’s slightly different for our players but I think that’s from the mental side of things. Everyone has the ability to be able to walk in and score freely from ball one,” he added.

Further, the right-hander also opened up on his comeback in the white-ball setup. Aiden was dropped from the ODI side after a poor run in the 2019 World Cup but the selectors again showed confidence in the Centurion-born and are willing to give him another chance.

“I wasn’t expecting it at all. I understand that my white-ball game for the Proteas hasn’t been where I would like it to be. I’m grateful to be here. I’m glad that the selectors and the coaches still see me in the white-ball plans. It’s a step back in the right direction,” Aiden Markram signed off. 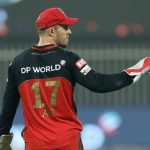 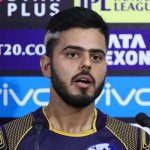