Pakistan will be eyeing a rare series win in South Africa as they gear up to take on Temba Bavuma’s men in the decider on Wednesday. Both teams have won one game each but they have been far from playing at their full potential. Pakistan were cruising in the first ODI when Babar Azam and Imam ul Haq were batting but the middle order fell like a pack of cards which allowed South Africa to claw back in the match.

In the second game, South Africa posted a monstrous 341 before leaving Pakistan reeling at 120-5 in the 25th over. However, they couldn’t finish the game and enabled Pakistan to stretch the game to the final over.

The visitors will be concerned about their vulnerable middle order but the form of their top four batsmen will bring some respite. Shadab Khan has been ruled out of the remainder of the series thus they’ll have to make a forced change. Usman Qadir is most likely to take the leg spinner’s spot. They might also want to swap Asif Ali with Haider Ali in the middle order after his mediocre performance in the first two games.

South Africa, on the other hand, will be worried about the inexperience in their bowling department as their frontline pacers, Kagiso Rabada, Anrich Nortje and Lungi Ngidi are not available. Beuran Hendricks, Juinor Dala and Wiaan Mulder are likely to replace the trio.

Pakistan will feel confident going into the match against a depleted South African unit. However, the Proteas still boast of a decent squad and are capable of defeating a full-strength Pakistan unit. 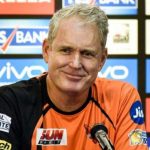 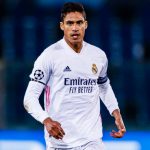