India had a terrific outing in the first Test against South Africa in Centurion. The team dismantled the hosts and ended a brilliant year with a magnificent win. The team is now just a win away from their maiden series win in South Africa. India has a staggering record at the Wanderers and are yet to lose a Test. They have played five matches, winning two and losing three.

South Africa have a lot of issues going into the game. Their batting looks very vulnerable. Barring Dean Elgar and Temba Bavuma, they don’t seem to have a player who can spend enough time at the wicket. Aiden Markram and Rassie van der Dussen have done well in ODIs but are yet to prove their credentials in this format of the game.

Indian bowling these days will get all over the opposition if they find any loophole and South Africa will be in for some hard time unless they pull off something extraordinary with the bat. The hosts’ bowling too looked a bit off-colour on the first Day of Centurion Test but Rabada, Ngidi and Jensen bounced back well in the match, which is a big positive.

Indian batting is not short on problems either, with Virat Kohli, Cheteshwar Pujara and Ajinkya Rahane not in the best of form. Dean Elgar will be aware that if they can remove KL Rahul and Mayank Agarwal early, they can put some serious pressure on this Indian batting. It’ll also be interesting to see if India bring in Shreyas Iyer in place of Rahane or Pujara. It’s very unlikely though.

Pitch Report – The surface in Johannesburg is always challenging for the batters. Once again, the batters will have to be on their toes to score runs. The weather will be overcast throughout the match which will make things difficult for the batters even more.

Where to watch: Star Network 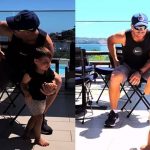 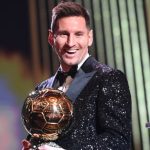