Steve Smith is excited to be a part of the Delhi Capitals and hopes to lead them to their maiden IPL title. Smith, who was released by Rajasthan Royals ahead of the IPL auction was bought by Delhi Capitals at a relatively low price of 2.2 crores.

“I am really excited about joining the team this year. I think the squad has a great set of players and has a great coach and I look forward to getting over there and creating some amazing memories and hopefully, help the team go one better than last year. Can’t wait guys,” Smith said

The 31 year old Australian captain has a prolific record in IPL and has scored 2333 runs in 95 matches at an average of 35.35. Smith will join the former Aussie captain, Ricky Ponting, who’s the head of Delhi Capitals in their hunt for their first IPL title. The Capitals reached the finals in 2020 but faltered at the last step. They boast of some top quality players in Rishabh Pant, Shikhar Dhawan, Marcus Stoinis and Shimron Hetmyer.

Meanwhile, Delhi Capitals have expressed their happiness over getting Smith at such a low price of 2.2 crores.

“It was just incredible to get Steve Smith. We are shocked about how he went only for Rs 2.2 crore, but to get a player of the calibre of Smith, it’s going to add a lot to our squad, a lot to our balance — his leadership, his batting, his experience, everything. Everyone associated with Delhi is just thrilled,” DC co-owner Parth Jindal said.

They further revealed that they were ready to spend a lot more to get Smith on board.

“We discussed Smith’s name before the auction and we thought that he would go for much higher, so we had thought that if an opportunity arises, we will go for him, but we never anticipated actually getting him,” he said, still to get over the “shock”. 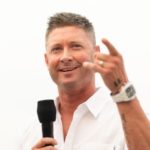 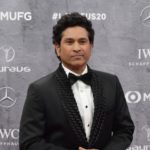