In what comes as shocking news, Sri Lankan batter Bhanuka Rajapaksa has announced his retirement from international cricket with immediate effect. Taking his form in the recent past into account, this comes as a massive blow to Sri Lanka. As a matter of fact, he was one of the team’s significant contributors in 2021.

SLC confirmed the same on Wednesday. They stated that they received his resignation with an official release. The batter cited familial obligations for taking such a huge step.

“I have very carefully considered my position as a player, husband and am taking this decision looking forward to fatherhood and associated familial obligations,” read Bhanuka Rajapaksa’s letter. However, it is to be noted that the 30-year-old was criticized for blaming the selection policies in an interview after being left out for fitness concerns.

This led to him getting handed a one-year ban as well. However, he did return to feature in the ICC T20 WC 2021, and had a decent tournament as well. As a matter of fact, the aggressive batter was consistently finishing games for his side during the seventh edition of the T20 WC.

His unbeaten 53 off just 31 deliveries against Bangladesh ensured that the Shanaka-led side ended on the winning side. He also went on to score a 26-ball 33 against Australia saw him bat with a lot of maturity as well. Thus, he was shaping to be a reliable finisher for Sri Lanka.

His retirement now means Sri Lanka have to look towards someone else to fill the role of a finisher. The left-handed batter initially came into the limelight after 2010 Under-19 World, where he was one of his team’s key players. Sri Lanka will now be seen hosting Zimbabwe for a three-match ODI series. After which, they are scheduled to tour Australia for a five-match T20I series. 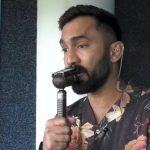 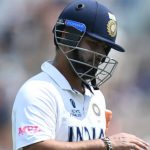