Meanwhile, it is also reported that Krunal Pandya was shifted to hotel Mount Lavinia while the other members of the squad stayed at Taj Samudra Hotel in Colombo. The BCCI and SLC officials are confident that the series will go ahead as planned.

“Hopefully the match could be played today,” Cricbuzz quoted a top SLC official.

“Yes, we have moved Krunal to an intermediate care hotel Mount Lavinia,” confirmed SLC secretary Mohan de Silva. Pandya himself did not respond to Cricbuzz’s query and it is still not clear how long he will need to be kept in isolation.

Eight close contacts of Pandya were identified and tested for COVID-19 followed by RT PCR tests of the entire squad. Fortunately, everyone in the Indian squad tested negative. However, it is still not clear that the eight close contacts will play today’s game or not.

Meanwhile, the departure of Suryakumar Yadav and Prithvi Shaw, who were named as replacements for the England series is likely to be delayed as the former has been identified as one of the close contacts of Krunal Pandya and may have to serve certain days in isolation. India is 1-0 up in the series having comprehensively won the 1st T20I by 38 runs 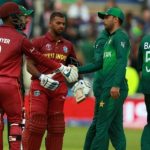 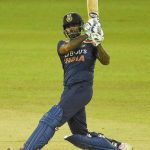