“He was found to be positive during a PCR test carried out on him today when Flower showed mild symptoms of the disease.

“Immediately upon identification, Flower was isolated from the rest of the team members (players and coaches) who are undergoing quarantine following their return from England,” it further stated.

It’s still not clear how Flower got infected but many are speculating that a bio bubble breach by Niroshan Dickwella, Kusal Mendis and Dhanushka Gunathilake on the England tour could well be the source. The trio was seen roaming on the streets of Durham. This was a major breach and consequently, the players were sent back home midway through the tour.

SLC has announced a five-member inquiry panel to look into the matter. All three players were suspended from all forms of cricket, pending completion of the inquiry.

Sri Lanka are set to take on India in three ODIs and as many T20Is. Ahead of the series, the pay dispute between players and SLC has also been resolved as the players have agreed to sign the new contract. Angelo Matthews is the only player who has refused to sign the contract and has asked the SLC to relieve him of his national duties due to personal reasons. 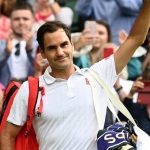 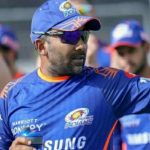