Former Australian skipper and veteran batter Steve Smith stunned everyone with his amazing outing with the bat in the Big Bash League. The 33-year-old smashed an outstanding century of 101 runs off 56 balls with five boundaries and seven sixes to his name while playing for Sydney Sixers against Adelaide Strikers.

Smith’s knock ended in the 16th over when he fell prey to a run-out courtesy to Short and wicketkeeper-batter Alex Carey. With this century, the veteran Sydney batter has also become the first men cricketer to score a century for Sydney Sixers in the history of the Big Bash League.

The fans were also overwhelmed by this amazing performance from the former Australian skipper who is dubbed a slow player most of the time.

Century for Steve Smith in BBL12! What a knock in his 2nd game since return to the league.#SteveSmith #BBL12 #SydneySixers pic.twitter.com/869dxTqJ1g

The Current Don of Cricket makes look all so easy to look #SteveSmith #CricketAustralia #CricketTwitter https://t.co/tlskz1Tc4j

In between Steve Smith scored 100 in #BBL

Steve Smith is the GOAT!!!

King is back in T20 format …🔥#SteveSmith #BBL pic.twitter.com/7Wanu1k9RD

Speaking of the match, Adelaide skipper Travis Head won the flip of the coin and asked Sydney to bat first. The Sixers got an early blow when they lost Josh Phillippe only on the individual score of 3 runs on the third ball of the first over. But it was the time when Steve Smith and Kurtis Patterson took the charge and stitched a 149-run partnership for the second wicket. Patterson fell prey to Ashton Agar in the 16th over of the first innings with an individual score of 43 runs. Whereas, his mate Smith was trapped in a run-out just on the next ball of the same over.

Thanks to the century from Steve Smith and another quick knock of 31 runs off 16 balls by Jordan Silk, Sixers managed to post a total of 203 runs for the loss of five wickets in the allotted 20 overs.

While chasing the target, the strikers couldn’t chase it down and lost all their wickets only on the score of 144 runs in 19 overs. Wicketkeeper-batter Alex Carey’s 54-run knock went in vain as no other batter could touch the double-digit individual score apart from Matthew Short (40 runs off 24 balls)

Eventually, Sydney Sixers won the match by 59 runs and Steve Smith won the ‘player of the match award for his brilliant century and the first ever for his team in BBL. 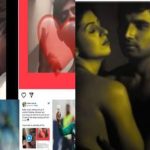