Ahead of the first Test against New Zealand in Kanpur, India skipper Ajinkya Rahane has confirmed that Shreyas Iyer will be making his debut in the match. With no Rohit Sharma, Virat Kohli and KL Rahul in the team, there are a few spots up for grabs. With Mayank Agarwal and Shubman Gill set to open, one of Shreyas Iyer and Suryakumar Yadav was due to play in the middle order.

“Shreyas Iyer is going to make his debut,” said Rahane ahead of the first Test.
Iyer was picked in the India squad ahead of Hanuma Vihari. The decision received severe backlash as Vihari has done reasonably well in the limited games he has played for India.

Meanwhile, the series may be the final opportunity for Ajinkya Rahane to hold on to his spot in the India squad. The batter has been going through an extended lean patch and questions are being raised on his position in the team. Rahane, however, is not concerned about his form and said that it’s not always necessary to score a hundred to be considered in form, adding that at times 50s and 60s are also good enough to win a game.

“I am not concerned about my form, it’s not necessary to make a hundred – I always think about the team, even 50 or 60 is important for the team cause”. 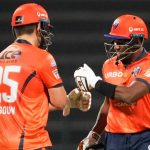