India’s loss in the World Test Championship final raised questions on Virat Kohli’s future as Indian captain. Kohli is India’s most successful Test skipper with 33 wins but he is yet to take India over the line in an ICC tournament. Some argue that Kohli should step down as India skipper and allow the concept of split captaincy while many feel he is still the best Indian skipper and should continue leading India in all three formats.

Former Indian batsman Suresh Raina has given his views on Kohli’s captaincy debate. The southpaw defended Kohli and said he needs to be given a bit more time. Kohli has led India to knockouts of three ICC events – the Champions Trophy in 2017, the 2019 World Cup and most recently, the WTC final, but failed to take them over the line. With three World Cups due in three years, Raina feels that Kohli will lead India to triumph in at least one trophy.

“I think he has been the No. 1 captain. His record proves that he has achieved a lot. I think he is the No. 1 batsman in the world. You’re talking about an ICC trophy but he hasn’t even won an IPL yet. I feel that he needs to be given some time. There are 2-3 World Cups taking place one after the other – two T20 World Cups and then the 50-over World Cup. It’s not easy to reach the final – sometimes you miss out on a few things,” Raina told News24 Sports.

Raina further provided his take on the WTC final loss, saying not conditions but a poor batting display led to India’s dismal show. Despite rain taking out two full days, New Zealand managed to defeat India by 8 wickets. India needed to bat four sessions to save the Test but a collapse in the third innings meant they folded out for a mere 170, giving New Zealand an easy target of 139 runs to win the championship.

“The WTC final was one such example. People said it was because of the conditions but I feel there was something lacking in batting. The bigger batsmen will have to stitch partnerships and take responsibilities,” he added.

Soon after the loss in the WTC final, fans started trolling the team on social media with many using the ‘C’ word for Kohli’s men. Raina defended India and predicted a win in an ICC tournament for the team in the next year and a half.

“See, we are not chokers, because we already have the 1983 World Cup, 2007 T20 World Cup the then 50-over World Cup in 2011. We need to understand that players are training hard. With three World Cups approaching, I don’t think anyone will call them chokers. We need to give them a little more time. They are doing well and Virat has the capability to change the game. We need to respect the new style of this team. But I feel that in the next 12 to 16 months, an ICC trophy is going to come to India,” Raina explained. 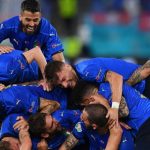 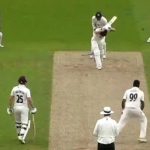