India Legends and Australia Legends locked horns in the first semi-final of the Road Safety World Series. Both teams played this match at Shaheed Veer Narayan Singh Stadium in Raipur. Notably, the match was played for two days due to the rain. Earlier, on the 28th of September, the officials postponed the match to the reserved day of today on the 29th.

India Legends’ skipper and former legendary Indian batter Sachin Tendulkar won the toss and asked the Aussies to bat first. The men in yellow posted a total of 171 runs for the loss of five wickets in the allotted 20 overs.

While chasing the target, the hosts comfortably crossed the line in 19.2 overs to win the match by five wickets and entered the final of the RSWS 2022.

Indian cricket fans also expressed their happiness on Twitter after the win of Indian Legends over the Australians. They appreciated the brilliant performance of team India to register an emphatic win against Shane Watson’s men.

Keep it up .. this series is just outstanding.. it should now be continued every year in India.. love to see all time greats…
Congratulations India, Sachin pa, Irfan and Naman

The rivalry we all were waiting for is finally here! @sachin_rt v/s @BrettLee_58 , the battle continues!#INDLvsAUSL #RoadSafetyWorldSeries #RSWS #YehJungHaiLegendary pic.twitter.com/SRSuKcWEI1

Speaking of the match, then the opening pair of skipper Shane Watson and Alex Doolan stitched a partnership of 60 runs for the first wicket. Ben Dunk ended up as the highest run-scorer for the Australian team with his knock of 46 runs off 26 balls with five boundaries and two sixes in his account.

Other than Dunk, the useful thirties from Shane Watson, Alex Doolan, and Cameron White helped the Australian team to reach a decent total of 171 runs for the loss of five wickets in 20 overs. Abhimanyu Mithun and Yusuf Pathan scalped two wickets each for the Indian team.

While chasing the target, the opening pair of skipper Sachin Tendulkar and former wicketkeeper-batter Naman Ojha jointly scored 38 runs for the first wicket in 5.2 overs. Naman Ojha smashed a swashbuckling knock of 90 runs off just 62 balls with seven boundaries and five sixes to his name.

Other than the match-winning knock from Naman, the blistering 37 off just 12 balls from Irfan Pathan helped the Indian team to finish the line in 19.2 overs to win the match.

Naman Ojha was adjudged player of the match for his excellent knock while chasing the target. Notably, India legends have become the first team to enter the final of the tournament. 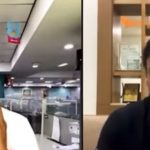