Pakistan named an updated squad for the T20 World Cup and added Fakhar Zaman, Sarfaraz Ahmed and Haider Ali to their squad. However, one player that was still missing from the team was veteran batsman Shoaib Malik. But, with uncertainty over the fitness of Sohaib Maqsood, who is struggling with a back injury, speculations are rife that Malik may be added to the Pakistan squad for the showpiece event. The decision on the same will be taken in a couple of days.

“Sohaib Maqsood was brought to a hospital for an MRI scan,” a source had told Geo News. “He is finding it difficult to walk. His inclusion in the World Cup squad will be made after the report is released,” revealed a source.

Currently, all T20 World Cup bound Pakistan players are quarantining at a special bio-bubble hotel in Lahore and will depart for the UAE on October 15 via chartered plane.

Maqsood’s injury can be a blessing in disguise for Pakistan as Malik is one of the veterans in this format of the game. He is currently the second-highest run-scorer for Pakistan in T20I cricket, with 2335 runs in 116 matches at an average of 31.13 with 8 fifties. He is a very handy all-rounder and can contribute with the ball as well. Malik has accounted for 28 T20I wickets.

Meanwhile, Khushdil Shah, Azam Khan and Mohammad Hasnain were omitted from the World Cup squad. Talking about the players who were left out, chief selector Muhammad Wasim said the players will get enough opportunities in future to put forth their contention for the next World Cup in Australia. “It must be tough for Azam, Khushdil and Hasnain for missing out but they still have a lot to offer in their careers. They are in our future plans as a lot of cricket has to be played post the ICC Men’s T20 World Cup 2021 and in the lead up to the ICC Men’s T20 World Cup 2022 in Australia. 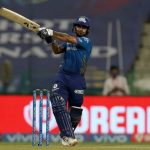 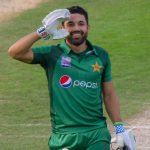