Blazing knocks from Prithvi Shaw and Shikhar Dhawan helped Delhi Capitals thrash Chennai Super Kings by 7 wickets. Chasing a target of 189, Shaw and Dhawan took full toll of the CSK bowlers and added 138 runs in 13.3 overs for the 1st wicket. Prithvi Shaw carried on his form from the Vijay Hazare Trophy and scored a scintillating 72 off 38 balls. Dhawan missed his century by a whisker and was LBW for 85. Rishabh Pant promoted himself to No 3 and finished off the formalities. Dwayne Bravo was the most successful bowler for CSK and returned with figures of 1- 28 in 4 overs.

Earlier, Delhi Capitals won the toss and opted to bowl. They got off to a scintillating start and left CSK reeling at 7-2 with Ruturaj Gaikwad and Faf du Plessis back in the pavilion. Raina was back in the yellow jersey after pulling out of the last season and turned back the clock with a blazing half-century(54 off 36). He got good support from Moeen Ali who played well for his 24 ball 36. The duo added 53 runs for the 3rd wicket before Ali departed.

Post Ali’s dismissal Raina upped the ante and smashed the bowlers to all corners of the park. He and Rayudu(23 off 16) added 63 runs for the fourth wicket. Rayudu and Raina fell in quick succession as CSK lost momentum. Some lusty blows from Ravindra Jadeja helped CSK post 188-7. For Delhi, Chris Woakes and Avesh Khan picked up 2 wickets each. Ravichandran Ashwin, however, had a horrific game and was smashed for 47 runs in 4 overs. 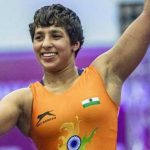 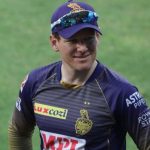