It was fascinating to watch Prithvi Shaw and Devdutt Padikkal bat in the Vijay Hazare trophy. The duo was in scintillating form in the tournament and shattered several records, scoring more than 700 runs in the season. Shaw is at the helm of most runs in a single edition of the Vijay Hazare trophy with 754 runs, and a final to come, while Padikkal is not far behind with 737 runs.

With India set to play a 3 match ODI series against England, it was expected that Shaw, Padikkal or both can make a cut into the Indian squad. However, a BCCI official has confirmed that the duo will have to wait a little longer for their turn.

“They have done exceedingly well but will have to wait for their turn,” said a BCCI official to PTI. He further revealed that the Indian squad for the ODI series will be announced on Sunday and both, Rohit Sharma and Virat Kohli will be part of the 50 over series.

“The team is expected to be announced tomorrow. Neither skipper Virat Kohli nor his deputy Rohit Sharma has opted for rest. There aren’t many surprises as we prepare for World T20.”

The ICC Women’s World Cup is scheduled to take place in 2022 in New Zealand and India women will begin their preparation for the mega event when they tour Australia and New Zealand next year.

“Our women’s cricket is as important as our men’s game. We are playing a Test match in England, our first in 6 years and then we have twin tours followed by the World Cup. Our girls have a packed schedule.” 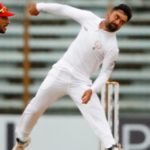 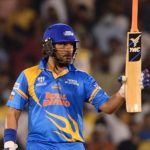