Ahead of the start of the T20 mega event, Shardul Thakur who was previously selected as a reserve for the mega event was included in the main squad. Thakur replaced Axar Patel in the setup owing to his splendid form in the IPL. He was the highest wicket-taker for the MS Dhoni-led side in the IPL as he finished the tournament with 21 wickets to his account.

Former England captain Michael Vaughan has thus heaped praises on Thakur. He drew parallels between the pacer and Ian Botham. He also added that the Indian team’s mentor MS Dhoni had a big role to play in Thakur’s inclusion in the 15-member squad. Vaughan also shed light on the speedster’s strengths.

According to the former England skipper, Thakur’s strength is his ability to trouble the batters with his variations. Vaughan feels that this gives him an edge and makes it difficult for the batter to pick him.

Shardul Thakur gets the ball in his hands and makes things happen: Michael Vaughan

“Last week I was with Lord Botham and he is a true lord. Thakur is very similar to Ian Botham. He gets the ball in his hands and makes things happen. He did it in the Test series, he did it in the IPL. The mentor of the Indian T20 team is behind the stumps. He was captaining him. He was probably on the phone with Virat and Ravi talking about him, saying ‘come on’. He (Shardul) has the ability to make things happen.

He must have a very good deception of pace because you watch him and it’s like ‘yeah, it’s pretty normal. But he has that deception like Ashwin. He bowls and it goes through quickly, bowls cross-seam, and goes through quickly. He has that ability to surprise the batter and those subtle variations that we can’t pick up,” Vaughan said on Cricbuzz. 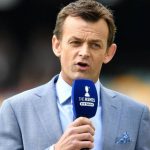 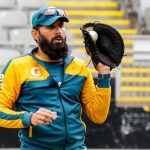